Since I specialize in the art of public speaking training, most people think that addressing a room full of people has always been easy for me. Nothing could be further from the truth. In actuality, it was the exact opposite.

When I was in grammar school, I had the brilliant idea to try out for the school talent show with my best friend. I had no idea what I had gotten myself into. Even though I had no formal training, no dancing lessons, my best friend did. She was going teach me a tap dance routine. What was I thinking? Had I lost my mind?

Remember, I had no formal training!!!

As soon as we started to perform, the record player began to skip. Every time my foot hit the floor, the record would skip again. My girlfriend stared with total disgust. I didn’t know what to do. How could I get out of this? My mind was frozen with embarrassment so I just kept tapping to a skipping tune and humiliating myself. I was completely mortified by that experience. I would have done anything to have gone back in time and erase that experience.

Most people would have stopped at self-imposed public humiliation after the first time. Not me! I thought I’d try it again! In the fifth grade, I tried out for the school play in the role of a “Southern” actress. So this “New Jersey” girl practiced her Southern accent every single day. I thought I had this one in the bag. I told myself “I am certainly going to get a part in the play”.

As I stood in front of my entire class, I mustered up all the nerve I could and started to speak in the best southern accent I knew how. After just a couple of words, the entire fifth grade class busted out laughing. I was paralyzed with fear. I kept repeating my lines… and they just kept laughing. I just wanted them to stop laughing at me.

An experience I will never forget!

Being naïve and overly sensitive, this latest humiliation made me feel ashamed, embarrassed, and demoralized. Any ounce of self-esteem I had before – was now crushed. I promised myself that I was never going to allow myself to be on a stage or in front of a group.

Eventually, as an adult, I had taken a job for a non-profit organization as a fund raiser. When I took the job, they didn’t tell me that I had to speak to groups of 100 or more. You should have seen my face when they told me I had to speak in public.

I had zero public speaking training nor experience.

I enrolled in public speaking training classes to learn as much as I could about public speaking to overcome my fear of public humiliation and embarrassment. I was going to sink or swim. I was committed to swimming and being the best speaker I could be!

There is nothing more satisfying, more empowering, than overcoming a limiting belief that once held you back.

In 2004, I made a decision to leave my job and began doing my own personal development seminars to help others connect with their true passion and purpose in life. I discovered that the majority of my clients lacked an essential professional and personal success skill, confident and powerful public speaking.

As a result, today I empower individuals from all over the globe to overcome their public speaking challenges, make a bigger difference and achieve massive monetary results by participating in my speaker training and presentation coaching.

And now they get to avoid common mistakes that cost them clients, confidence and cash flow!

It has been over a decade since my very first presentation. I knew right then and there that I had a unique ability to deliver heartfelt and dynamic presentations that could truly have a positive impact on others. I was recognized as a “Top-Idea Maven” by The Woman’s Advantage and received the International Association of Women in Business Coaching “Stars Achievement Award”.

And I have had incredible pleasure of sharing the power of my message with groups and organizations. Today, I feel incredibly blessed to be a highly sought-after professional speaker, public speaking coach and business strategy consultant who is making an impact all over the globe. 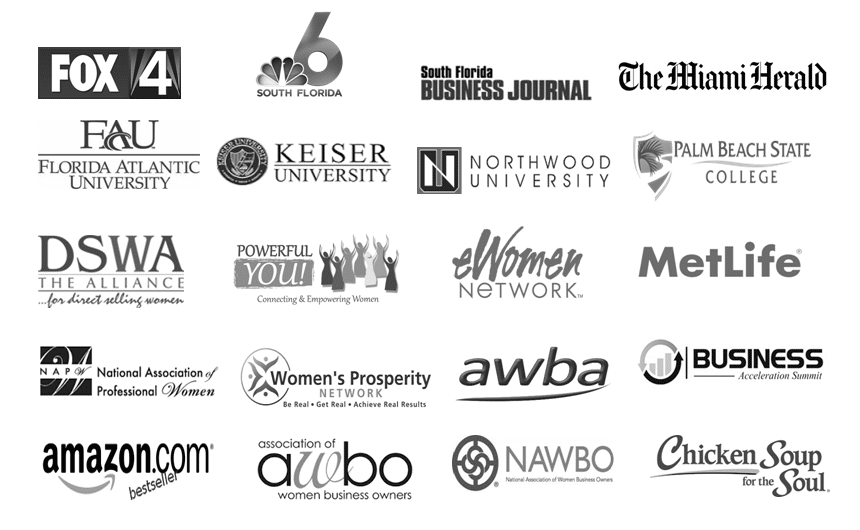 I have enjoyed every step of my journey into public speaking, especially discovering my unique ability to help others. Everyday, I get to share my unique talents and gifts to help my clients connect with the mind, heart and spirit of their audiences and ultimately reach new heights.

As a result, many of my clients have also been featured in the news, on the radio and in print.

I am committed and passionate about amplifying the atmosphere with my empowering message, intuitive insights and real results whenever I am presenting. My vision is to change the way everyone speaks in public forever. I am often humbled when my clients attest that I impart my knowledge so incredibly well that the benefits are priceless. 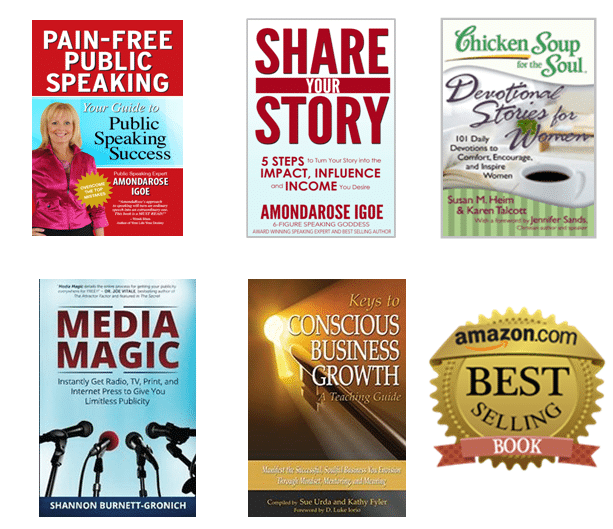 I am incredibly blessed to be a leading expert and best selling author in the field of professional speaking. I have authored two books, “Pain-Free Public Speaking:  Your Guide to Public Speaking Success” and “Share Your Story: 5 Steps to Turn Your Story into Impact, Influence and Income You Desire” and I am a Contributing Author in #1 Best Selling Book Series “Chicken Soup for the Soul.”

If you have had similar challenges or roadblocks with public speaking, know that if I can do it, so can you! There is hope! I am no different than you. If you are ready to let go of those things that hold you back, to overcome your know and unknown public speaking challenges, there is a feeling of freedom, pride, and power waiting for you.

All you need is the willingness and the desire to take one step in the right direction – NOW.

Public speaking brings out the best in everyone and gives them the ability to let their magnificent light shine so that others may do the same. Once you learn the power of public speaking and what it can do for your business, your career, your life – you will never be the same.

I’m now doing what I absolutely love to do. I feel blessed everyday because I am a helping others create and live their dreams. And I have had a key role in helping my clients get their messages out to the masses. The events that were once horrible memories have given me something that brings me tremendous joy and an opportunity to help others share their vision, purpose, and heart with others.

Speaking success is your destiny!

Apply Now For A Strategy Session